A Military Exhibition Space was Opened at the Academy

A military exhibition space named after Colonel Alexander Chkheidze was opened at the National Defense Academy within the framework of the event dedicated to the memory of Junkers. The President of Georgia, Salome Zurabishvili, and the Deputy Commander of the Defense Forces, Major General Zaza Chkhaidze attended the event. They were hosted by the Rector of the National Defense Academy, Brigadier General Malkhaz Makaradze.

The Supreme Commander-in-Chief of the Defense Forces of Georgia laid a wreath at the memorial of General Kvinitadze and the fallen warriors who fought for freedom and independence of Georgia; then she addressed the Junkers with her speech, after which the event moved to the exhibition space.

The President of Georgia and the Deputy Commander of Defense Forces opened a military exhibition space named after Colonel Alexander Chkheidze, where photos, manuscripts, Georgian weapons, and equipment reflecting the history of the Academy will be presented as a permanent exposition. The exhibition space was set up with the support of the Georgian National Museum.

At the end of the event, cerificates of appreciation were given to the staff of the Academy and the invited guests for their assistance and cooperation in arranging the military museum space. 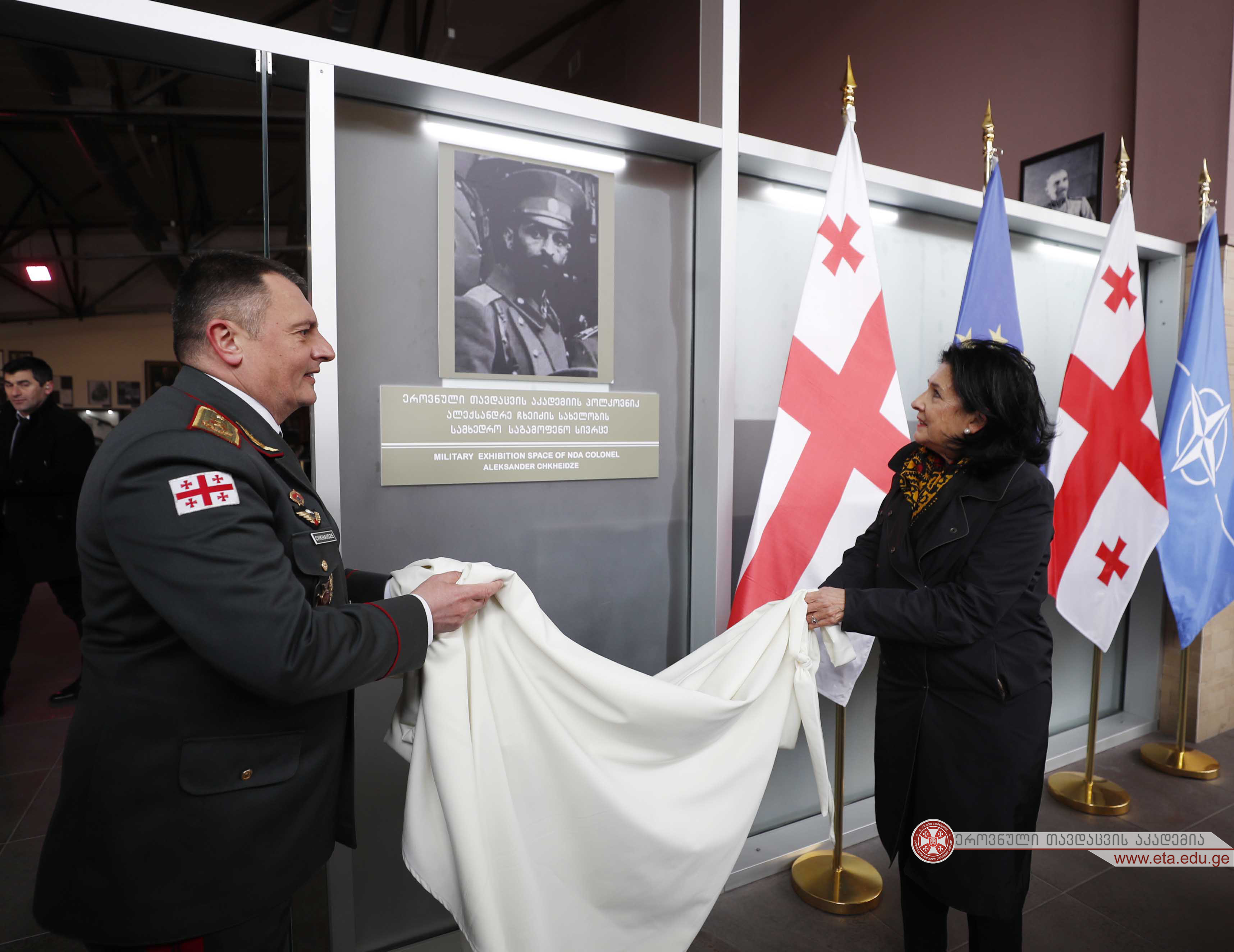 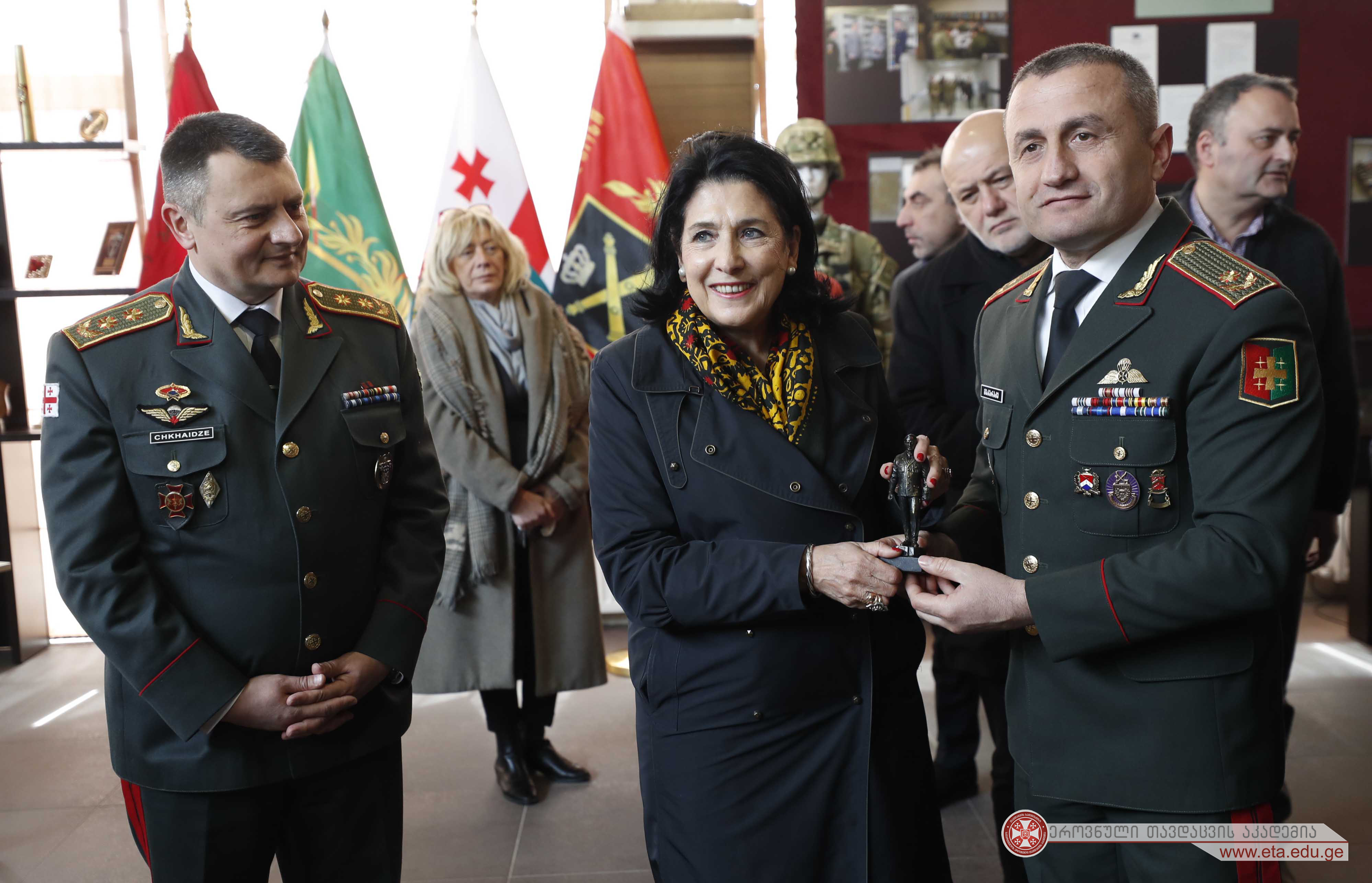 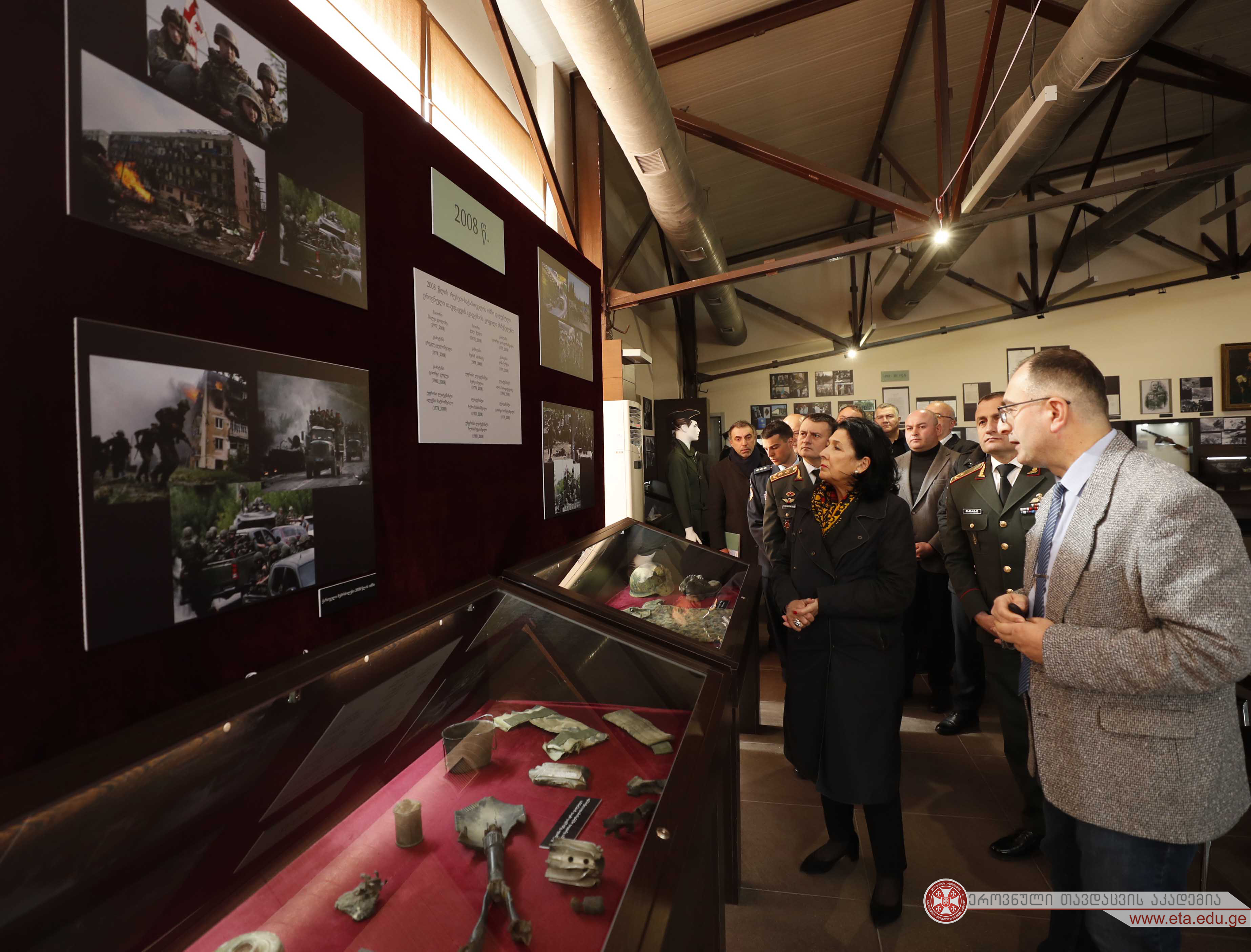 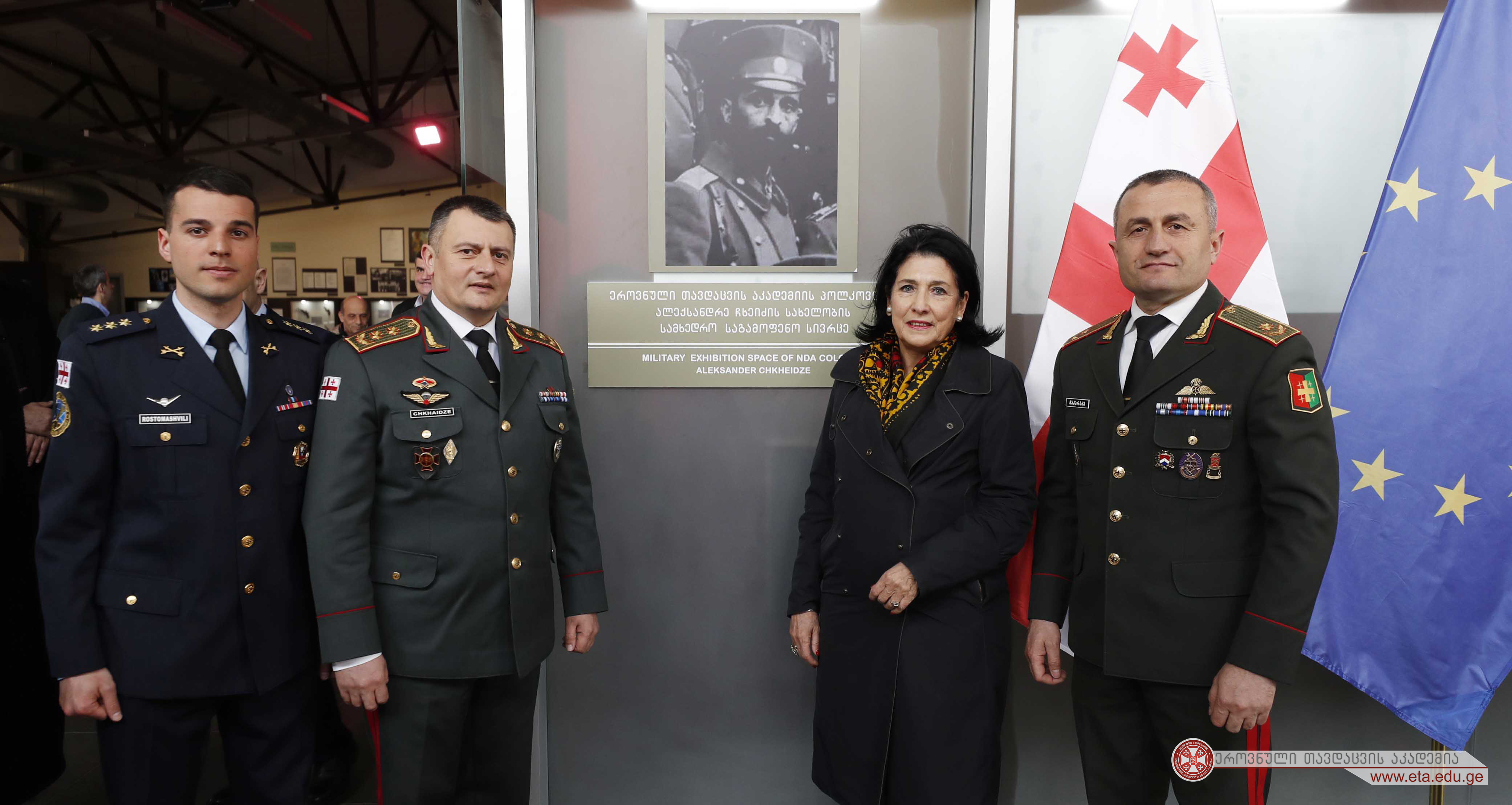